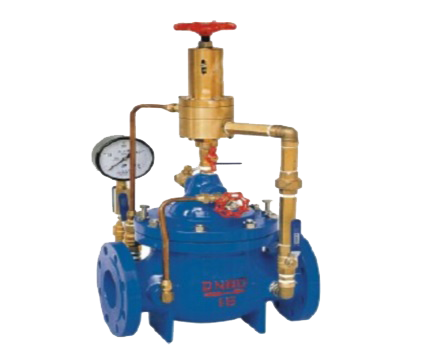 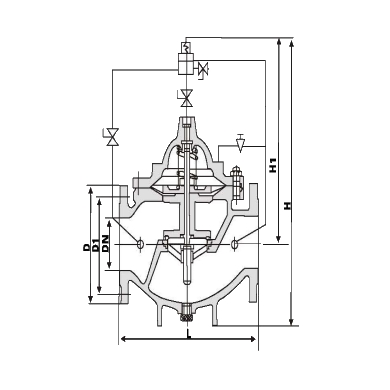 The pressure discharge/sustain valve is a pilot-operated control valve, suitable for different actions in the pipeline. It can work as a sustain valve to prevent any increase from the pressure previously set upstream, but it can also work as a pressure discharge valve to prevent any water hammer effect caused by the pump. The pressure discharge/sustain valve can also be applied for unloading functions in a large water supply system, in order to preserve the pipeline. At the inlet of the pilot valve a self-cleaning screen stops any grain in suspension that may reach the body of the main valve. This valve features sensitive open-close, reliability, stable motion and long lifecycle.